How Are Essential Oils Obtained? 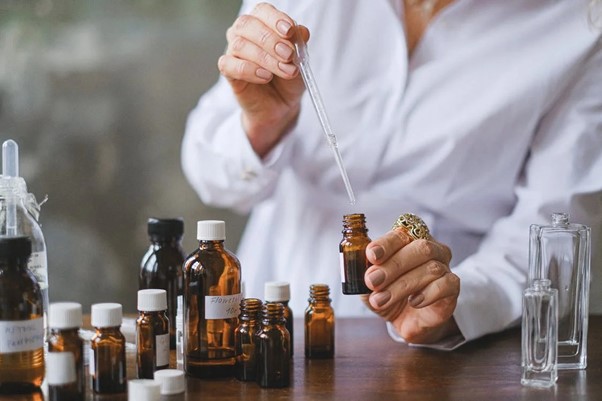 With so much talk everywhere about essential oils, one might wonder where do they come from?

It’s easy to understand that they are natural products obtained from plants and trees. But, how do plants go from being a plant to essential oils?

In this post, we will describe some of the methods that can be used to extract essential oils. Don’t worry, we won’t get too technical, we promise.

By far the most common method for most oils, steam distillation might sound super fancy, but it’s really not. Dry Steam is passed through plant material. The heat causes the volatile substances in the plant, i.e. the essential oils, to vaporize.

The resultant volatile compounds are then condensed and collected in receivers. The idea itself is quite simple. In fact, it is a method that has been tried and tested for centuries. Historically, steam distillation has been used for many years for extracting the oils from plant materials, although mainly in the perfume industry and for cookery. Other distillation methods are also often used, but steam is the most common as it provides the best results.

Steam distillation is used for oils that are extracted from leaves, flowers, wood, bard, roots, seeds, or even peels, and is the method for extracting many of the most common essential oils such as lavender, tea tree, patchouli, peppermint, and eucalyptus.

Most commonly used for citrus peels, cold pressing involves squeezing the plant materials to rupture the oil glands, which in turn releases the oils. It is a method that predates even distillation processes and was the commonly used method for all essential oils before distillation became common practice. As mentioned before, this method is mainly used for citrus peel oils such as orange, lemon, blood orange, etc.

Sometimes, a plant material, mainly flowers, might not contain enough volatile oil that they can be squeezed out using cold pressing, but might also be too delicate to survive the high temperature steam distillation method that could easily alter the chemical property of the oil itself.

In this method, a solvent such as hexane or supercritical carbon dioxide is used to extract the oil. When these solvents are introduced to the plant material, an extract, known as concrete, is produced which is a mixture of essential oil, waxes, resins, and other oil soluble plant material. A second solvent is then used to extract the essential oil from the concrete.

The main advantage of this method over something like steam distillation is that the plant materials don’t have to suffer through the high temperature and pressures of steam distillation, resulting in a more fragrant and purer oil. It is a method that has historically been used for producing stronger perfumes. This method is very commonly used to extract oils from delicate flowers like rose and jasmine.

These three aren’t the only methods available, and going into the details of each method might take ages. So, we will leave it at that for now. The chemistry and physics behind the extraction of essential oils is quite fascinating, even if it is beyond the scope of one blog post. That said, we hope that his post has given you at least as basic idea of what goes into essential oil extraction.

We Are An Expressive Amalgamation Of Our Body, Mind & Soul

Great To Be In Frame With Mr. Charu Sharma In Times 40/40

Cell-O-Lite From Core & Pure - Get Smooth, Dimple-Free Skin Year Round

What Are Essential Oils

Happy Holi To Fiji And Mauritius His Highness And Her Highness

Let’S Discover The Aspects Of Aromatherapy Within Ayurveda

Is Your Home #Festiveseason Ready? Do It With Us!

Aromatherapy And Pregnancy: A Simple Guide

What To Be Careful About When Buying Essential Oils?

Can Essential Oils Help With Self-Care?

How To Incorporate Essential Oils In Spiritual Practice

Presenting Our Products To The Guest Of Honour, Gorgeous Dia Mirza, At The Et Global Leaders Awards

10% off on your first order

Your cart is eligible for a free product